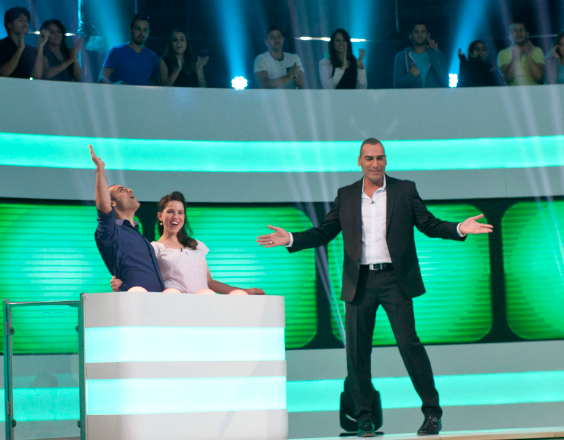 In the show, contestants answer multiple choice questions to advance along a specially built track in the studio, against a 300-second time limit. As time ebbs away, answers to the questions are removed, making answering easier, but eating into the 300 seconds.

The show is the highlight of Dori’s entertainment formats slate, alongside The Selfie Challenge, a reality gameshow format (pictured) in which contestants are challenged to take selfies in real-time. It was created by Israeli content house Studio Glam and features two groups of friends, in different locations, as they compete over five rounds and attempt to mimic increasingly challenging selfies.

Dori also has reality gameshow Power Couple on the slate for MIPTV, in which eight couples take on extreme challenges that test how well they know each other. It was original produced by Abot Hameiri for Channel 10 in Israel.

Nadav Palti, CEO and president of Dori Media said: “2014 was a positive year for us after securing a number of international sales of our key formats, including [scripted format] Power Couple and  [scripted format] Ciega a Citas. With the range of new, innovative formats we are bringing to the market, we are confident that, during 2015, we can build on the success we have already achieved.”