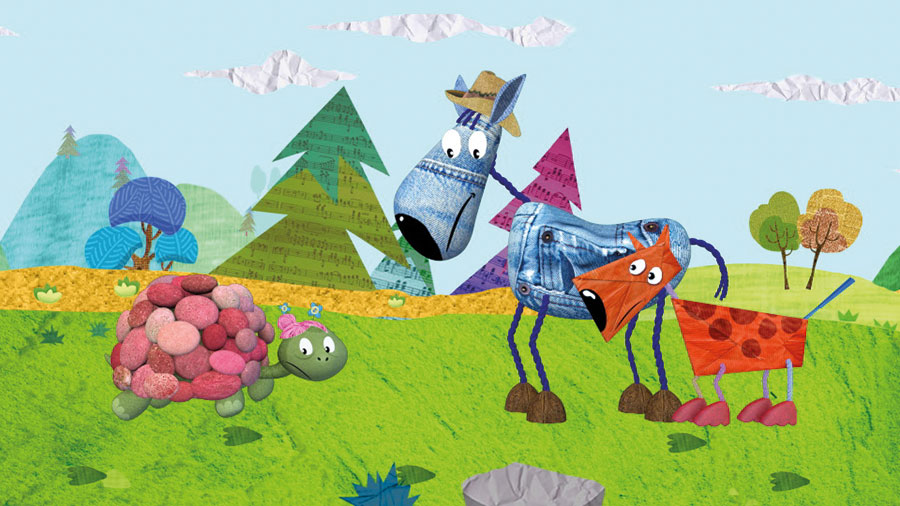 Tex the donkey is billed as the worst trainee detective in the world. In Tex, his adventures are captured in animated form.

The TV3 toon, from Spain’s Neptuno Films and China’s Zhong Dong, has a cast of characters including the titular donkey, plus Mrs Tortoise, whose shell is made of smooth river pebbles, a caterpillar made of corks, and Mr Hedgehog, whose spikes are sharp colour pencils.

“The show offers a fantastic world full of surprising characters, and it genuinely has a very different look,” says Neptuno Films’ founder Josep Viciana. “That’s essential these days if you want to have any chance of standing out. We used everyday objects to create the characters, for example there’s a mole made from a baseball ball, the sun is an orange, and everything and everyone you see is both familiar and slightly off kilter.”

He adds: “From a technical point of view, the show started out in 3D, but we realised early on that it wasn’t giving us the look and feel we wanted, so now it’s a hybrid of 2D and 3D. Thanks to that, the movement is very fluid.

“The reactions and feedback that we’ve had are extremely positive. We’re confident we’ve done something genuinely different that will appeal to younger kids by virtue of its look, and to older kids up to eight thanks to the strength of the stories.”

The Neptuno boss says that the show is very European, even though the music is quintessentially American. “The music is country and western, and Tex, an anti-hero detective who is utterly clueless, has a kind of a John Wayne drawl,” he says.

After the official launch at MIPTV, Neptuno will focus on Europe and Spanish-speaking territories.

“We’ve been teasing buyers for a while now, and judging by what they’ve said we’re right to believe in the show so much,” Viciana says. Tex will be ready for delivery in both Spanish and English in December.