Endemol Shine Group will for the first time be in Cannes with a combined formats slate including shows such as Big Brother (pictured) and MasterChef. 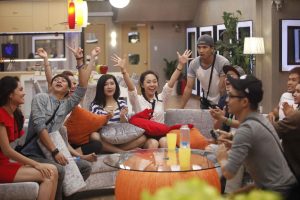 Following its recently inception, Endemol Shine International will be at MIPTV with a slate also comprising Pointless, The Biggest Loser and Wipeout, and newer shows such as The Island and The Brain.

New titles for market include Bullseye, which comes from Endemol Shine North America and debuts in the US on broadcast network Fox in May. The show sees teams become human darts as they fly, slide or fall as close to set targets in order to win a cash prize.

Another new show is Stripped, a factual entertainment show from Endemol Shine Nordics in which people are challenged to live without possessions for a month.

“Endemol Shine Group’s combined format slate is one of the most extensive and diverse in the world with something for any broadcaster or platform in any market,” said Perrin, managing director of ESCN.

“Our highlights for MIPTV 2015 include some of today’s biggest non-scripted and scripted formats as well as incredibly exciting new titles making their debut this market.”

Endemol Shine has combined the stands of Endemol and Shine to create an expanded space in the Rivieria Hall in the Palais des Festivals.