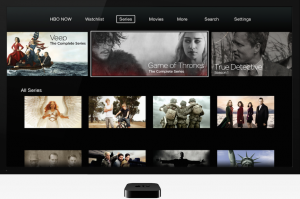 US pay TV operator Dish Networks’ OTT service Sling TV is to become the first online television service to strike a deal with HBO to provide its content to subscribers.

Sling TV will launch HBO as an add-on to its Best of Live TV package for US$15 a month. HBO will be available on the service in time for the new Game of Thrones and Silicon Valley season premieres on April 12. Details of the exact launch date have yet to be announced.

The new offering includes one live channel and the same video-on-demand library HBO provides on its other platforms.

Sling TV with HBO will be available on all devices supported by Sling TV including: Amazon Fire TV and Fire TV Stick, current-generation Roku players and Roku TV models, Xbox One, Android and iOS devices, and Macs and PCs.

Best of Live TV is Sling TV’s core package and offers a range of about 20 channels and access to VOD content for US$20. Other add on packages are available for US$5.

“Sling TV is bringing HBO to our customers on all of our supported devices in time for one of the most important TV moments of the year,” said Roger Lynch, CEO of Sling TV. “HBO delivers hit shows and movies that TV viewers crave, and with this addition we’re adding another heavy hitter to a lineup that includes ESPN, AMC, TNT and more.”

Tom Woodbury, president of global distribution, HBO, said, “It is has always been our desire to make the HBO subscription widely accessible. Sling TV is a part of that ongoing evolution and we believe HBO is a great addition to the platform.”