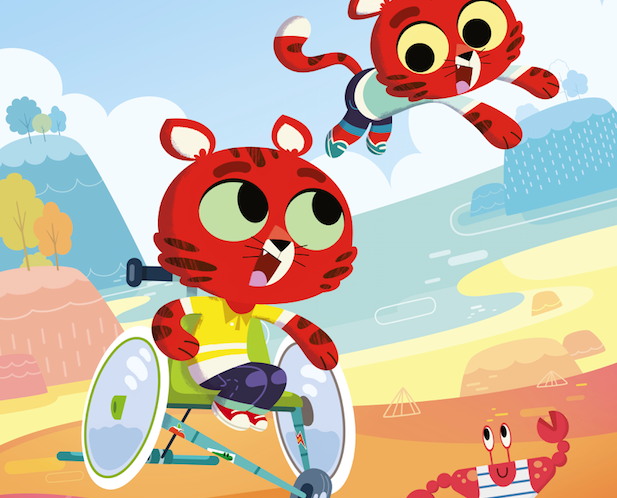 “Paprika is our first ever preschool show and it features a unique relationship between the two main characters,” says Xilam founder Marc du Pontavice about the French producer and distributor’s new show.

The pair are twin brothers, one of whom is handicapped. “The series shows that you can live well despite physical disadvantages,” he adds. “I’m delighted with the tone and the look, which is very vibrant and manages to portray the world as kids see it, with that edge of fantasy creeping into everything.”

As is usually the case with Xilam, there is plenty of humour: “Most preschool shows are very cute with adorable characters, but I am proud that we have created a genuinely funny show that is full of surprises and that adults can also enjoy,” du Pontavice says.

“It will be launched at MIPTV and based on feedback, we will be aiming first for deals in Europe, South America and Asia, which is where we’ve had the most positive reaction.”

In marketing terms, Xilam has been sending out clips for the last 18 months.

“It has been a slow-burn campaign just letting people know that we are doing a preschool series,” says du Pontavice, “but also reinforcing the fact that we never start a project until we know why kids would watch, because it’s never easy to get them away from their favourite shows.

“We’re confident that Paprika’s combination of humour and visuals will click with the audience.”