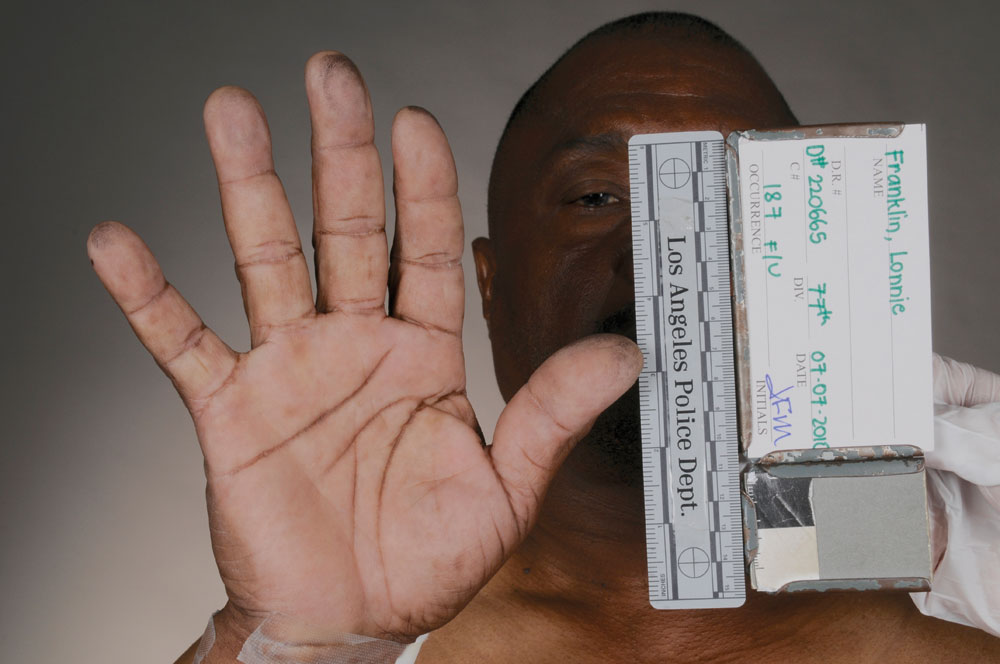 Nick Broomfield’s latest project sees the Biggie & Tupac filmmaker bring his particular low-fi aesthetic to the case of Lonnie Franklin Jr., aka the ‘Grim Sleeper’, who stands accused of conducting a 25-year killing spree in South Central, the deprived and largely black part of Los Angeles.

For a large chunk of the film he is led around South Central by Pam, a former hooker and drug addict, who affords him access to the working girls preyed upon by the serial killer.

“Initially I went in with an open mind, to find out how it was possible for these murders to happen over a 25-year period and how so many people could have disappeared like this in one of the most affluent cities in the world,” says Broomfield, a sometimes LA resident. “More and more I realised it was because of poverty and race issues. This seemed to me to be a story that could not have happened in the white parts of LA. It goes to the root of the race issue.”

The film was made ahead of the wave of unrest in Ferguson, Missouri, and elsewhere in the US. “Sometimes you hit the zeitgeist and that’s what happened here,” Broomfield says.

UK pay channel Sky Atlantic commissioned the film and HBO US then came on board as a copro partner. Having never produced for Sky before, Broomfield reports they were “brilliant” to work with, as what was slated to be a six-month project ended up spanning a year and a half.

The film missed out on an Oscar nomination, but has had a festival run and Sky Vision will launch it internationally at MIPDoc and MIPTV. Broomfield says that despite the US-specific story, Tales of the Grim Sleeper will work around the world.

“Part of what documentaries do is take audiences to worlds that they don’t know,” says Broomfield. “Hopefully, a film like this opens people up to the world.”

THE SHOW: Tales of the Grim Sleeper
THE PRODUCER: South Central Films
THE DISTRIBUTOR: Sky Vision
THE BROADCASTERS: Sky Atlantic (UK), HBO (US)
THE CONCEPT: Nick Broomfield film about how a serial killer in South Central Los Angeles evaded capture for decades