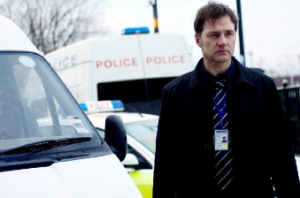 NBCUITVP’s executive VP, scripted programming JoAnn Alfano will oversee the agreement and develop 87’s scripts for the US, UK and international markets.

NBCUITVP and 87 first pacted together after the former acquired the spec of Effective Range, a thriller series coproduced with Scott Free UK that’s being shopped as a straight-to-series international show.

They also developed AMC Cold War pilot The Wall and are working on The Originals for the BBC, which will look at the beginnings of the SAS special force in World War II, and a new police series, Shadows. UTA and Casarotto Ramsay represent them.

“Jim and Dudi have an understanding of the international TV market like few others,” said Alfano. “They have that rare talent of being able to write incredibly gripping and soulful characters into concepts and worlds that have inherent global appeal.”