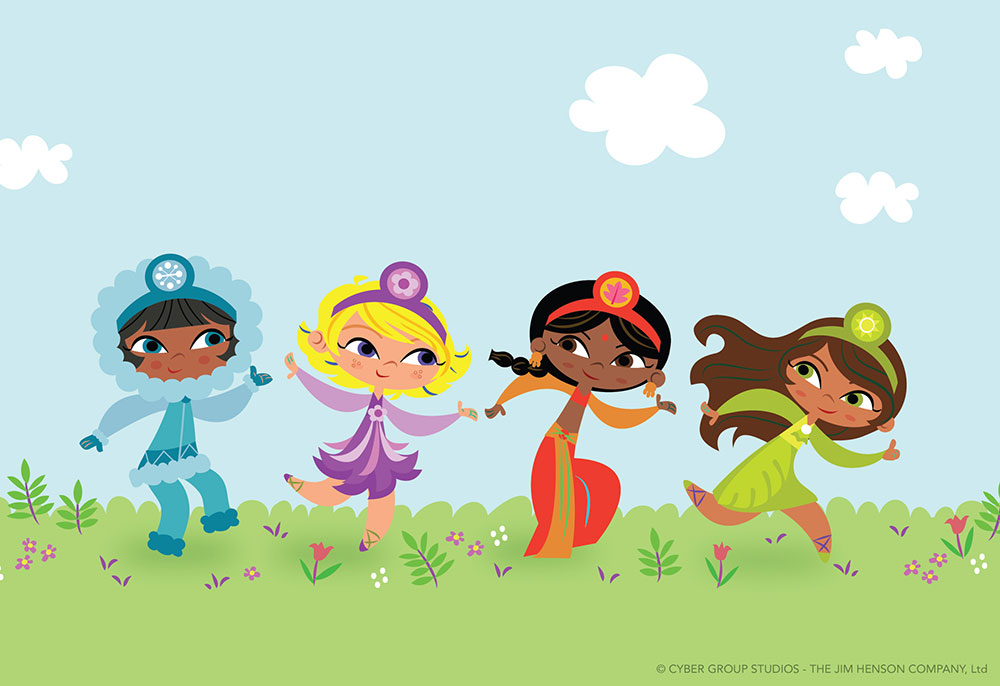 The US and France-based independent kids studios will jointly finance and make one show from each company under the terms of the deal: Jim Henson’s Enchanted Sisters (pictured) and Cyber Group’s Boubouh!

Jim Henson’s Enchanted Sisters will be an animated comedy adventure for children ages 5-8 years old, featuring four sisters, spring, winter, summer and autumn, who come together every three months to join Mother Nature in a ceremony that changes the seasons of the world.

Boubouh! will be based on the Ingrid Chabbert and Amandine Duggon book of the same name. It tells the story of a scary monster’s friendship with a six-year-old boy.

Henson’s executive VP of children’s entertainment, Halle Stanford, said: “Coproducing with Cyber Group Studios on two projects that are such natural fits for each of our companies – Jim Henson’s Enchanted Sisters has a very European fantasy flair, and Boubouh! delivers the unique visual charm that is synonymous with The Jim Henson Company’s productions.”

“Both our organisations and executives share a long tradition of providing the best children and family entertainment around the world,” said Cyber Group founder Pierre Sissmann, “and we are excited and convinced that these two productions will be able to gather the best skills of both teams in creative vision and execution and provide great entertainment to all.”