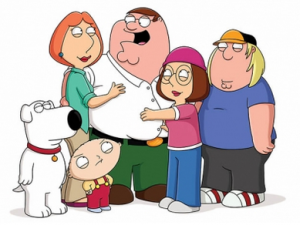 The deal was first rumoured earlier this year after news broke of a meeting between ITV and Fox distribution executives that took place in London. At the time, the BBC denied it had lost the rights, saying only that it had rights until 2017.

It has now emerged that the BBC has re-run rights to the first 14 seasons for the next two years, with ITV gaining exclusive free-to-air rights to season 15 and beyond. The show debuts on ITV in August.

This is a serious blow to the future of BBC Three, as the show is a ratings-winner for the youth-skewed channel. However, the net’s budget has been slashed ahead of its closure as a linear service, which has cleared the way for ITV’s smash-and-grab acquisition of the toon.

Seasons one to four of Family Guy spin-off The Cleveland Show are also headed for ITV, and Bordertown, which follows two neighbours, one of paranoid Border Patrol agent and the other a hard-working Mexican immigrant, living in a desert town near the US-Mexico border.

“The acquisition of these brilliant and distinctive shows is totally in line with the strategy of strengthening ITV2 as a comprehensive entertainment channel destination for young viewers,” said ITV’s director of digital channels Angela Jain.

“Family Guy is one of our most important, iconic series and we are very excited about this new collaboration” said Twentieth Century Fox Television Distribution’s president of international television, Marion Edwards. “We are confident that this extraordinary series will not only bring its loyal fan base to ITV, but will also be embraced by an entirely new set of fans.”