The Children’s Media Foundation has backed the research issued yesterday that suggested there is a crisis in the UK kids TV funding. 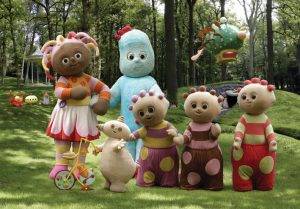 The not-for-profit group added that the UK kids TV market is failing younger viewers, singling out ITV, Channel 4 and Channel 5 for blame.

Certain ages are “severely under-served” by UK broadcasters, according to the CMF, which said: “The lack of regulation requiring ITV and Channel 5 to commission children’s content, the failure of Channel 4 to live up to its commitment to serve the older children’s audience, and cuts at the BBC have eroded the provision, plurality and range of children’s content in the UK.”

The advocacy group said it will support Pact and Wood’s Ragdoll Foundation in their campaign to address their concerns outlined in the report, ‘Children’s television – a crisis of choice : the case for greater commercial PSB investment in Children’s TV’.

The CMF will contribute to communications regulator Ofcom’s report on public service broadcasting in the UK and to the debate on the renewal of the Charter that outlines the BBC’s remit. It added that it holding meetings with the three main political parties in the UK as it ramps up lobbying efforts

Anna Home, CMF chair, said: “By drawing together the clear statistics in Ofcom’s own PSB review, the lack of new UK-produced content for the children’s audience has been made abundantly clear.

“It’s time Ofcom and the government took steps to reinstate regulation – or find further funding to stimulate domestic production, if the great tradition of quality children’s content is to be maintained.”