Orange is set to enter into exclusive talks with Hong Kong-based telco PCCW to sell a 49% stake in Dailymotion, its online video portal, according to a Wall Street Journal report. 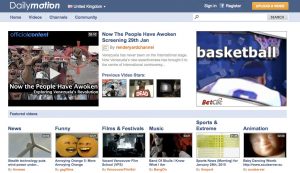 Citing unnamed sources familiar with the matter, the WSJ reported that Orange has told its board that will begin exclusive negotiations with PCCW in the next few days, to run for about 45 days.

PCCW has made an offer valuing the online video service at €250 million (US$263 million) including debt, the report claims.

Asia currently accounts for about a quarter of Dailymotion’s audience.

Orange has been searching for an international partner to broaden Dailymotion’s reach for a number of years.

A 2013 move to sell a 75% stake to Yahoo was effectively blocked by government minister Arnaud Montebourg, who was keen for France to retain majority control of the site. Last year Orange was reported to be in talks to sell a stake in Dailymotion to Canal+.

Other French ministers subsequently distanced themselves from Montebourg’s intervention, with then digital economy minister Fleur Pellerin saying that the company was free to pursue deals with foreign partners.