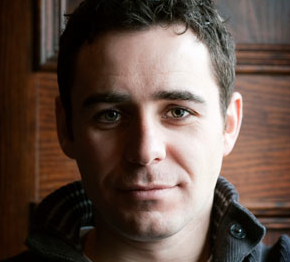 The BBC has ordered a new Saturday night primetime gameshow, Can’t Touch This.

In the show, contestants negotiate a huge assault course while battling to touch prizes, which they get to keep if they are successful.

The show is being produced by fledgling Northern Irish prodco Stellify, which was set up last year by Kieran Doherty (left) and Matt Worthy, the creators of BBC quiz format Secret Fortune and ABC’s reality gameshow Take the Money and Run.

It is backed by Sony Pictures Television, which will sell the Can’t Touch This format internationally.

It will run to ten parts and launch next year.

The BBC’s Tyler said: “Matt and Kieran are exciting creatives and have developed a show that is both funny and gripping.

Doherty said: “This is probably the biggest entertainment commission to come out of our part of the world and we’re grateful for the amazing support we have had, both from the BBC Entertainment team and everyone at NI Screen.”

“Matt and Kieran are exciting creatives and have developed a show that is both funny and gripping,” added Tyler.

Stellify is also currently in producing a contemporary version of classic dating show Blind Date for Irish free-to-air broadcaster TV3, which is set to air later this year.