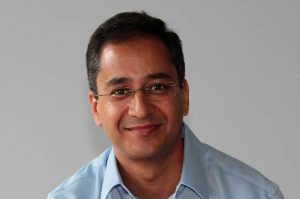 The joint venture partners that run AETN18 have appointed Avinash Kaul as president of the Indian channels joint-venture.

Kaul will run the JV and continue in his role as CEO of news and current affairs channel IBN Network.

A+E inked a joint venture with TV18 in 2010 and relaunched the flagship History channel in India in 2011.

Ajay Chacko was brought in, in 2010, to run the division and his role following the Kaul appointment was not immediately clear. Chacko added the role of COO of TV18 parent Network18 last in 2013.

Kaul has worked for Star, NDTV and Discovery Communications. Immediately prior to the AETN18 role, he was at the TV division of BCCL, running the Times Now, ET Now and Zoom channels.

A.P. Parigi, group CEO, Network18 said: “As A+E Networks/TV18 enters a new phase of growth, I’m confident that Avinash is the right person to lead the company forward. He has a proven ability to create strategic clarity, ensure disciplined execution, and deliver results.”

Kaul added: “Our focus will be to continue to unleash the power of globally acclaimed content with a mix of innovative programming that resonates with Indian viewers.”