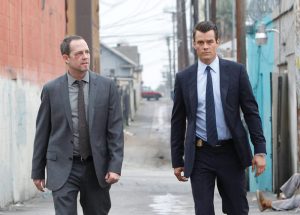 The series, which has just bowed on US broadcast net CBS, has been picked up by TF1 in France and RTL in Germany, two of Europe’s largest commercial broadcasters.

On the pay TV side Canal+ in Spain and D-Smart in Turkey as well as Rostelcom and SPT Networks in Russia have taken the series. In Asia, Fox International Channels has taken the show as has streaming service iQiyi in China and free TV channels TVNZ in New Zealand and Seven Network in Australia.

HOT for Israel and M-Net for Sub-Saharan Africa also have it.

Sony also confirmed a deal with MTG for Scandinavia, as first reported by TBI earlier this week.

had a strong debut this week in the US, performing especially well with a broad audience, so we anticipate viewers around the world will find this series equally engaging.”