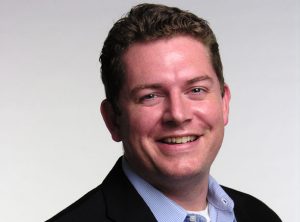 McGillivray is returning to Toronto-based producer and distributor Breakthrough, having served stints at DHX Media, as territory manager for Asia, Australia, Latin America, and Canada, and at Carrie Mudd and Neil Court’s Peacock Alley, where he was vice president, distribution.

In his first stint at Breakthrough he handled sales to Eastern and Central Europe, Asia, Australia, Latin America and Canada.

In his new role, McGillivray will work out of Breakthrough’s Toronto office on international sales and acquisitions.

McGillivray, a former Major League Baseball player, will report to Nat Abraham, partner and president of distribution at Breakthrough.

Abraham said: “We are delighted to welcome Craig McGillivray back to Breakthrough Entertainment, where he developed his early sales training and left a lasting, positive impression on everyone at the company.”