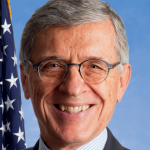 Under a new interpretation of Title II of the US Federal Communications Act, this effectively subjects them to stronger regulation than would otherwise be the case.

This means cable providers such Comcast Communications will not be allowed to charge popular OTT services such as Netflix and Amazon Prime Instant Video for ‘fast-lane’ broadband speeds.

The FCC’s Open Internet Order, according to Wheeler, reclassifies service providers as telecom services under Title II but modifies the meaning of that classification to avoid “utility-style burdensome regulation that would harm investment”.

The rules will ban paid prioritisation so that ‘fast lanes’ will not divide the internet into ‘haves’ and ‘have nots’,” in Wheeler’s words.

The rules will for the first time apply to both fixed and mobile networks, which the FCC estimates now account for 55% of internet usage.

The FCC has also extended its remit to include interconnection between backbone networks and last-mile service providers – the issue that has exercised OTT provider Netflix over the last year – as well as the last-mile networks themselves.

“We are disappointed the Commission chose this route, which is certain to lead to years of litigation and regulatory uncertainty and may greatly harm investment and innovation, when the use of Section 706 alone would have provided a much more certain and legally sustainable path,” said executive VP and chief diversity officer David Cohen in a blog posting.

“We fully embrace the open Internet principles that have been laid out by President Obama and Chairman Wheeler and that now have been adopted by the FCC.

“We just don’t believe statutory provisions designed for the telephone industry and adopted when Franklin D. Roosevelt was president should be stretched to govern the 21st Century internet.”

Cohen called for Congressional action to reverse the reclassification. “After today, the only “certainty” in the Open Internet space is that we all face inevitable litigation and years of regulatory uncertainty challenging an order that puts in place rules that most of us agree with. We believe that the best way to avoid this would be for Congress to act,” he said.

Netflix welcomed the ruling unambiguously. “The net neutrality debate is about who picks winners and losers online: Internet service providers or consumers. Today, the FCC settled it: Consumers win,” the company said.

“Today’s order is a meaningful step towards ensuring ISPs cannot shift bad conduct upstream to where they interconnect with content providers like Netflix. Net neutrality rules are only as strong as their weakest link, and it’s incumbent on the FCC to ensure these interconnection points aren’t used to end-run the principles of an open internet.”

The FCC was split along partisan lines, with Democrats supporting the move and Republican-leaning members opposing.

Commissioner Ajit Pai made a dissenting statement arguing that the FCC was “flip-flopping” on the issue only “because President Obama told it to do so”.

He condemned the FCC’s “overreach” and compared the US experience of broadband favourably to Europe, “where broadband is generally regulated as a public utility” and fewer people have access to high-speed services.