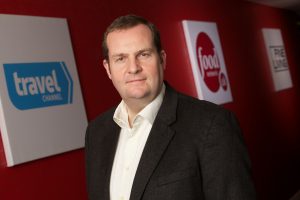 Nick Thorogood, Scripps Networks International’s senior VP, content and marketing in the EMEA region, will exit the company next month, having joined the lifestyle channel operator in 2010.

News of his departure comes as former EMEA boss Jon Sichel prepares to returns to the US to take a new role with ex-Discovery exec Phillip Luff about to take over the running of SNI’s EMEA operations.

Scripps has also brought in another ex-Discovery international exec, Katharina Feistauer, as vice president of programming, amid management changes at the company. She started in December, reporting to Thorogood, who is senior VP, content and marketing at Scripps.

He will leave the company on March 20, Sichel told staff today in an internal email.

The Scripps’ UK and EMEA footprint expanded from one channel, Food Network, to three during Thorogood’s tenure as Fine Living and Travel Channel rolled out in the UK and EMEA region.

In his memo to SNI staffers Sichel said: “Nick has been a keystone in the construction of the greatest lifestyle media brands the world knows.  His creative and strategic talent not only contributed to our broad distribution and fame, but also to the development of a strong team that will lead our next creative wave. “

He added: “Now that this team is in place, Nick is ready for new challenges.”

Phillip Luff starts at SNI in April as managing director, UK and EMEA, reporting to international president Jim Samples. A source said that given his content experience, there would likely have been crossover with his role and that of Thorogood.

Prior to Scripps, Thorogood served stints at UK pubcaster the BBC and commercial broadcaster Channel 5.