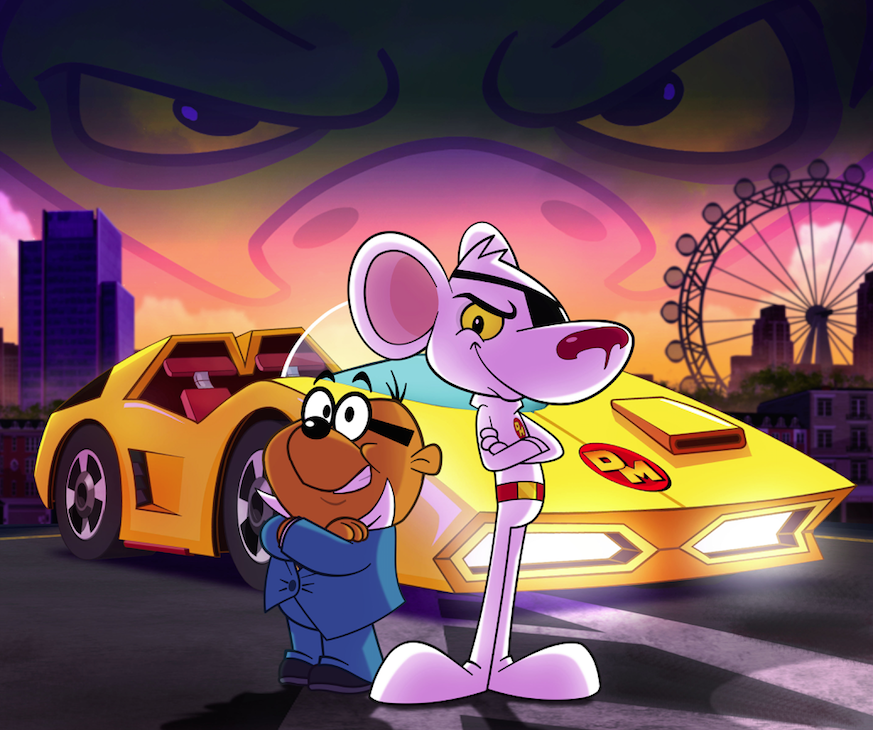 Netflix has acquired exclusive rights to a pair of classic kids TV series being rebooted for the modern era.

Danger Mouse (pictured), which follows a heroic mouse spy that uses technology to apprehend villains, will debut in the spring of next year in North America, Latin America, Nordics, Benelux and Japan.

FremantleMedia is coproducing the comedy toon with Ireland’s Boulder Media for CBBC in the UK, where the show debuts globally later this year. The original ran on British channel ITV.

Inspector Gadget, meanwhile, has been lined up debut exclusively on Netflix in the US next month, with launches in Latin America, the UK, Ireland, Benelux, France and the Nordic region following at later, unspecified dates.

The 26-part CGI show reworks the original Inspector Gadget series, and was commissioned by Teletoon in Canada in 2013. Turner Broadcasting System acquired rights to the show in EMEA, Latin America and Asia Pacific in December.

“We are delighted that, beginning this March in the US, the bumbling bionic detective will reach a whole new generation of fans on Netflix,” said DHX’s senior VP, distribution, Josh Scherba.

Other new shows on Netflix’s children’s TV originals slate include Thunderbird Films’ Some Assembly Required, which launches this summer in all operational territories outside Canada, where YTV runs the live-action show.

Bottersnikes & Gumble, meanwhile, was announced this week as a 13-part coproduction with the BBC and Seven Network in Australia, and a Playmobil-themed toon, Super 4, launches in the US in April.

PGS Entertainment sells the France Télévisions-commissioned show on the global market and has already closed a number of other deals.

“That’s why we’re proud to be working with some of the industry’s best producers and animators on these shows and we can’t wait for kids and families all over the world to get to know these stories.”