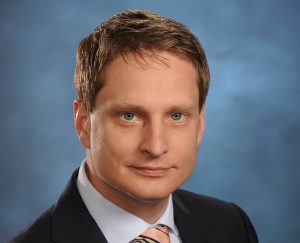 In his new role, Smyth will scope out coproduction opportunities between Hollywood studio Fox’s prodcos and international partners.

He will continue to sell Fox’s content to the Netherlands, Scandinavia and Eastern Europe.

Mark Kaner, president, Twentieth Century Fox Television Distribution said: “Coproduction is an area of growing importance to the studio and increasingly vital to our rapidly expanding business model and David’s new position highlights our intention to become a global player in this arena.”

Smyth added: “I am delighted to expand my role into sourcing and developing coproductions, an area with huge potential in Europe.

“The growth of major cross-border collaborations across the region and beyond has been a key trend in the industry over recent years and I am looking forward to utilising my experience and contacts to build and expand this key business opportunity for the studio in Europe.”

Smyth has been at Fox since 2009. He joined the studio from Sky, where he was head of acquisitions, buying US fare including Lost and Fringe.