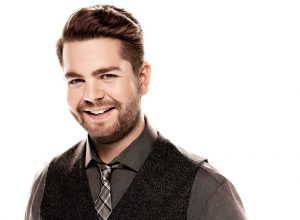 Osbourne’s US- and UK-focused prodco will work up new unscripted formats and ob docs that will be coproduced, in the US and UK, with T Group.

Osbourne has thus far been known for his on-camera persona, starring in The Osbournes for MTV, Jack Osbourne: Adrenaline Junkie for ITV and Haunted Highway for cable net SyFy.

His production credits include a doc about his father for Showtime, God Bless Ozzy Osbourne and Alpha Dogs and Surviving the Apocolypse for Nat Geo under the umbrella of Schweet Entertainment, the prodco Osbourne ran with Rob Worsoff.

That has since closed its doors and Osbourne has founded a his prodco. Speaking about the T Group deal, he said: “I finally found a home where I can continue to grow as a producer and TV host.”

Daly added: “Jack brings an incredibly strong creative background across all unscripted genres as well as innovative branded projects and relationships to the table. He is a great extension of T Group.”

The agreement follows another coproduction deal between T Group and a fledgling indie, after it struck a deal with Natalka Znak and Simon Jones’ Znak&Jones.