Netflix has bought a raft of Australian content ahead of its launch in the territory next month. 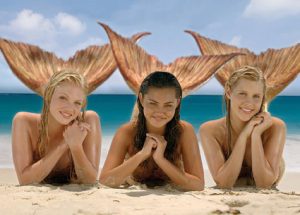 It has acquired the package of Australian and New Zealand series from  Beyond Distribution.

Netflix has also taken Australian rights to Beyond-produced and distributed series Mythbusters. The popular science series is a big hit for Discovery around the world and Netflix will get Australian streaming rights.

The package acquired by Netflix ahead of its roll out covers a raft of local comedy specials Carl Barron: A One Ended Stick, Arj Barker: Harvest, Kitty Flanagan: Hello Kitt, Jimeoin: Something Smells Funny and Umbilical Brothers: The Rehearsal.

“We’re excited to include these top-notch local titles on our Australian and New Zealand services,” said Sean Carey, vice president of content acquisition at Netflix. “The partnership with Beyond Distribution will bring Netflix members entertainment from local shores and abroad that we know they will spend many hours enjoying.”