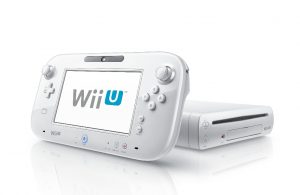 Nintendo has cancelled plans to launch its Nintendo TVii service in Europe, citing unexpected challenges in localising the offering for different markets.

Announcing its decision, Nintendo said it will continue to develop “a range of entertaining experiences for all to enjoy”, but admitted it “did not anticipate such challenges” when it came to the rollout of TVii outside North America.

“Due to the extremely complex nature of localising multiple television services across a diverse range of countries with varied licensing systems, regrettably we have taken the decision not to launch the Nintendo TVii service within the European region,” the company said.

The TVii service is available on Nintendo’s Wii U console in the US and Canada and allows users to find, watch, and engage with TV shows, movies and sports programming from the console.

TVii is just one of the video-on-demand features included in the Wii U in North Amercia, alongside access to services like YouTube, Netflix, Hulu Plus and Amazon Prime Instant Video.

The 2012-release Wii U is Nintendo’s successor to its Wii Console. The games system is controlled by the Wii U GamePad, which features an embedded touch screen.

Announcing the cancellation of Nintendo TVii in Europe, Nintendo said that it has instead launched a new video-on-demand service for its handheld Nintendo 3DS games device on the continent.

The Nintendo Anime Channel can be downloaded as a free app from the Nintendo eShop and lets 3DS users stream anime series from the likes of Pokémon, Kirby, and Inazuma Eleven.

Video games companies have found television a tough nut to crack, with Xbox axing its Xbox Entertainment Studios unit last year while still in its infancy.