Amy Pascal is leaving her post as co-chairman of Sony Pictures Entertainment and launching a Sony-backed production company. 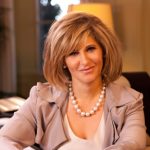 She will launch the prodco in May after her current contract expires in March. It will be based on Sony’s Culver City, LA lot and focus on film, TV and theatre.

The news comes after much speculation over her future following a series of embarrassing leaks came during a sustained hacking attack on the studio over the release of feature film The Interview.

Pascal (pictured) was singled out in a series of damning emails that suggested racial insensitivity and clashes with top-level stars such as Angelina Jolie.

Pascal has been with Sony for more than 25 years in total over two stints, initially at feature film arm Columbia Pictures and latterly at SPE, which houses film units and TV arm Sony Pictures Television. She has been co-chair of SPE since 2006, and chairman of the Motion Picture Group.

“I have spent almost my entire professional life at Sony Pictures and I am energised to be starting this new chapter based at the company I call home,” said Pascal.

“I have always wanted to be a producer. Michael [Lynton, Sony Entertainment CEO and SPE co-chair and CEO] and I have been talking about this transition for quite some time and I am grateful to him for giving me the opportunity to pursue my long-held dream and for providing unparalleled support.”

Lynton said the challenges of the past few months had been “unprecedented challenges”, but praised Pascal for showing “resilience and grace during this period. Amy has been a great partner to me in heading the studio and I am looking forward to a continued close working relationship with her in her new role on the lot”.

“In her years at Sony Pictures, Amy worked with some of the best talent in the film industry to create many of our studio’s most beloved and successful films,” added Kazuo Hirai, president and CEO of SPE’s Japan-based parent Sony Corp.