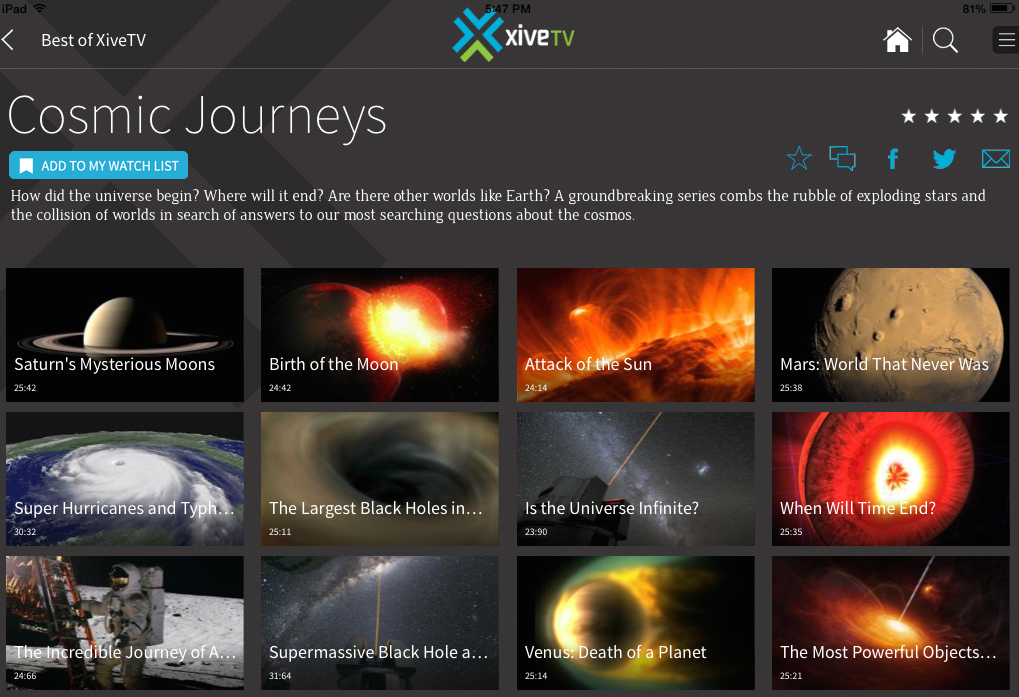 Another documentary-focused over-the-top service is hitting the video streaming market.

XiveTV promises more than 2,000 hours of factual programming via platforms such as Hulu, YouTube, Amazon and iOS and Android apps.

Xive – pronounced ‘zive’ – is billing itself as the “first internet-based documentary network”.

Indeed, programming from the likes of ITV Studios, Sky Vision, DRG and Cineflix Rights is offered through the platform following a series of content deals.

Primarily targeting an audience of 25-34s, Xive’s programming is searchable by topic and shareable via social media platforms, with shows such as Cosmic Journeys, Tornado Chasers, Psychic Investigator and Austin Stevens Adventures offered at launch.

Behind the platform are co-founders Greg Diefenbach and Thomas Lucas, who have worked in factual development, production, funding and distribution for more than two decades.

The factual industry, which has slower to tap into on-demand than the drama and kids sectors, welcomed Xive’s launch.

“The XiveTV announcement shows just how fast the world of TV is changing,” said Patrick Roberts, senior VP of international sales for DRG. “We are delighted to see our content on the first dedicated general documentary service in the SVOD/AVOD space.”