American Greetings’ popular Strawberry Shortcake character has been sold for US$105 million. 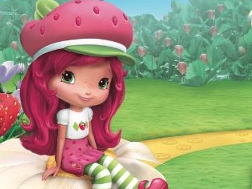 US-based Iconix Brand Group has acquired the franchise, which has spawned various animated TV series, and its related intangible assets for a cash lump sum.

The 35-year-old Strawberry Shortcake brand was born out of greeting cards, and has grown a licensing and merchandise business that includes pools, clothes and posters.

Its TV incarnations include the DIC Entertainment-produced show that first went out via US syndication in 2003 and later aired on CBS.

Iconix already owns the Peanuts brand through its Peanuts Worldwide arm, which includes a television programming distribution wing. The company aims to exploit across Strawberry Shortcake across multiple platforms, including TV and feature films.

The brand has plenty of international potential, with sales outside of the US making up approximately 50% of revenues. It is particularly popular in Brazil and France, where it is known as Moranguinho and Charlotte aux Fraises, respectively.

DIC Entertainment had held the international rights to Strawberry Shortcake before it merged with Cookie Jar Entertainment in 2008. Cookie Jar later paid US$195 million to buy the brand outright from American Greetings, but that deal did not materialise. France’s Moonscoop then attempted to buy it for US$95 million, leading to various lawsuits as the rights situation became entangled.

Cookie Jar later became part of DHX Media, while Moonscoop folded in 2013, having lost a decision court case against American Greetings the previous year after a jury decided the French company had been at fault for their deal falling through.

“The entertainment sector is an exciting area of growth for our company,” said Neil Cole, chairman and CEO of Iconix Brands. “Through our Peanuts brand, we have a strong worldwide platform that we believe we can leverage as we add new entertainment properties to our portfolio.

“With the acquisition of Strawberry Shortcake, we will be expanding this platform as we gain new partnerships with top entertainment companies around the world.”

The deal is set to close in the next month-to-45 days.