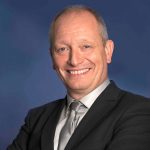 Former Channel 5 content boss Ford will be general manager of Fox International Channels UK and steps into the new role in April.

He will be based in London in the new role, a key consideration in his departure from TV3.

He said today: “It is with great sadness that I leave TV3. It’s been a wonderful period and now is such an exciting time for the Group with so many impressive plans in the schedule for 2015 and beyond. I always intended to leave by the end of 2015, but the arrival of my first grandchild in January brought forward these plans to return to the UK.”

TV3 Group CEO David McRedmond said that efforts to find a replacement for Ford are at an advanced stage and appointment will be confirmed next month.

Speaking about Ford’s departure, McRedmond said: “We are thankful to Jeff for the excellent job he did to accelerate the transformation of TV3 Group into an indigenous producer of content. He also led the creation and launch of the very successful soap Red Rock.”

He added: “The new schedule, which Jeff has introduced to TV3, is performing ahead of plan. The programming team is stronger now than at any time in TV3’s history with a whole new generation of managers and programme-makers coming through the ranks.”

Ford joined TV3 at the end of January 2013 having left Channel 5 in late 2012. He took the position vacated by Ben Frow at TV3 as Frow took the role vacated by Ford at Channel 5. Ford had been at Channel 5 since its inception in the late 1990s.

AT TV3 he was tasked with increasing the original output of the channel as it lost a swathe of programming from the UK ITV network. The soap, Red Rock, was the most notable programme in terms of original output during Ford’s tenure.

Ford takes on some of the responsibilities that Jason Thorpe had at FIC, before leaving in late 2013. He will report to Diego Londono, FIC’s executive VP of Western and Northern Europe and COO for Europe & Africa.

Speaking about his new role, Ford said: ” Over the past 20 years, I have acquired some of the best series to come out of the US and am looking forward to delivering more quality shows to Fox”.