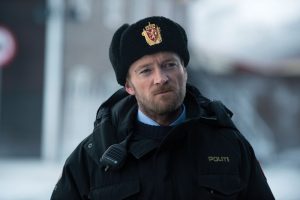 Sky reported strong customer growth in the UK, Ireland, Germany and Austria in its first set of results since the newly expanded company bought out Sky Deutschland and Sky Italia.

In Germany and Austria, Sky added a record 214,000 subscribers in the quarter, up 55% year-on-year, taking its total retail customer base past the 4 million mark to 4.12 million.

In Italy, Sky also reported a strong performance with 30,000 new customers, its highest growth in 12 quarters.

“Six months into the year, we’ve seen a good performance right across the new Sky. We have world-class capability within the expanded business and a strong set of plans that mean we are well placed to deliver growth and returns for shareholders,” said Sky group CEO Jeremy Darroch.

He added that integration is “progressing well” across Sky’s UK, Irish, German, Austrian and Italian businesses and that the simultaneous launch of new original drama, Fortitude (pictured), to 20 million customers across all five markets “shows the potential we now have to operate at greater scale.”

“This is just the first of many opportunities we have to launch new products and services for customers in the months ahead,” said Darroch.

Across its combined business Sky said it added 1.5 million paid-for subscription products in Q2, a 25% year-on-year increase, taking this total to 52.03 million.

In the UK and Ireland, TV growth more than doubled with 202,000 new customers. Sky reported 6.5 million connected customers at the end of December, driving on-demand downloads to a record 520 million in Q2, 40% up year on year.

In Italy, Sky said that 30% of its customers have now connected their boxes to the internet, helped by the popularity of ‘Restart’, which lets connected customers go back to the beginning of a film.

Sky said that in Germany, its online service Sky Go also took a big step forward in Q2 with its launch on Android devices.

For the six months to December 31, Sky reported 5% year-on-year revenue growth to £5.6 billion, driven by strong performances in the UK and Ireland and in Germany, which grew 6% and 9% respectively, and a resilient performance in Italy in “what remains achallenging environment.”