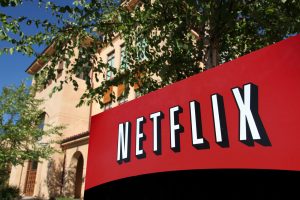 Netflix is raising US$1.5 billion in new debt and will use the cash to buy content and for “potential acquisitions”.

Netflix initially said it was raising US$1 billion before announcing to the market it was increasing the size of the bond offering.

The SVOD company needs the cash to help fund its aggressive international roll out strategy. CEO Reed Hastings (pictured) recently said it will be in 200 markets internationally in the next two years, which marks a marked acceleration in the speed with which it launches into new markets around the world.

It also needs funds to pay for its growing slate of originals, as the firm’s original drama, kids and factual fare has been expanding rapidly. Content chief Ted Sarandos recently said it would ramp up drama originals to as many as 20 new drama series a year.

Its most recent big-budget offering is Marco Polo, which has not won critical acclaim, but already had a second season greenlit. The streaming business is also starting to commission at a local level, with The Queen being produced out of the UK and Marseilles coming out of France.

The company said yesterday: “Netflix intends to use the net proceeds from this offering for general corporate purposes, which may include content acquisitions, capital expenditures, investments, working capital and potential acquisitions and strategic transactions.”

Credit specialists reacted negatively to the news. S&P downgraded the company’s credit rating to four levels below investment grade citing concerns over the amount of debt Netflix will be carrying.

Moody’s credit agency has already warned it expects Netflix’s operating performance to be weaker, year-on-year, in 2015.