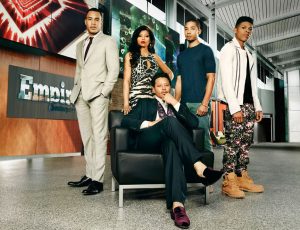 German commercial broadcaster ProSiebenSat.1 has renewed a volume deal with Fox and an agreement with CBS for a local version of the Top Model format.

It also gets a raft of current and upcoming Fox feature films including Avatar 2, X-Men: Days of Future Past and Dawn of the Planet of the Apes.

Rüdiger Böss, executive VP, group programming acquisitions, ProSiebenSat.1, said: “Our viewers know they will get the best that Hollywood has to offer on ProSiebenSat.1 stations – and it will stay that way in future.”

Steve Cornish, senior VP & Managing Director TV Distribution, Twentieth Century Fox Television Distribution, added: “We are very pleased to sign a further agreement with ProSiebenSat.1. We have been extremely successful partners for many years and we look forward to our continued association.”

Separately, ProSieben and CBS Studios International have agreed a deal for a new, tenth season of Germany’s Next Top Model. The Heidi Klum-hosted model-talent series, which has been on air in Germany since 2006.