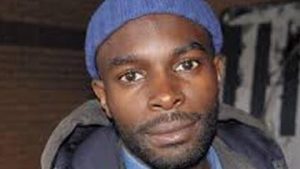 Channel 4 has hired a dedicated short-form commissioner who will order programming for its online Shorts channel.

The Shorts service will be part of the broadcaster’s All 4 digital hub, which was announced late last year and will house all of Channel 4’s digital content.

Densu joins from UK independent producer Little Dot Studios where, as a development producer, he worked on long and short form programming, including shorts for Channel 4. He will report to Richard Davidson-Houston, Channel 4’s head of All 4 and Digital Content.

Houston said: “Isaac has a strong track record in developing creative digital content and for finding and nurturing hard-to-reach talent. We’re really excited to have him on board to grow our Shorts portfolio and to help build All 4’s reputation as more than just a catch-up service.”

Isaac, who joined Channel 4 next month, added: “The Shorts brief is inspiring and I’m super excited to be working with talented indies and helping to discover the next generation of emergent creative talent to create cutting edge digital content which will be fun, engaging – and highly binge-able.”