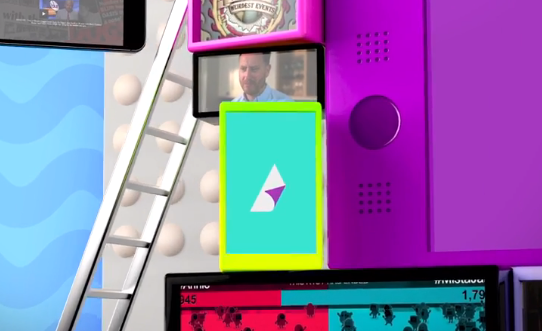 The writer of HBO drama Girls, Lena Dunham, is among names attached to BBC Taster, an experimental new platform for digital content and emerging technology.

The UK’s pubcaster is billing Taster as “a place for the BBC to try new ways of telling stories, develop new talent, and put new technology through its paces”. This will include short-form and social content, online features and services and “other ideas from left-field”.

The development comes as UK indies Hat Trick Productions and Avalon hit back at claims their bid to buy youth-focused BBC channel BBC Three was a PR stunt. “Our bid is not an antagonistic move – it’s really not,” said Hat Trick chief Jimmy Mulville. “It’s us trying to say to the BBC: ‘There is another way.’”

Taster will include content from Dunham, Absolutely Fabulous creator Jennifer Saunders and doc presenter Simon Reeve. Dunham and Saunder appear in When Len Met Jen, an interactive version of a Newsnight segment involving the two. It will include 40 minutes of unseen footage.

Ahead of a new BBC Two series, Reeve (Equator) will feature in Simon Reeve’s World Tour.

Other content and features include Who is in Today, which lets audiences know which celebrities have visited BBC studios and offices; BBC iPlayer Shuffle, a continuous video player that learns users’ preferences; backstage footage and interviews from a recent hip-hop gig at Koko in London; and other social media- and comedy-focused features.

In their Guardian newspaper interview, Mulville and Avalon chief John Thoday questioned the BBCs ability to develop new comedy talent online. “To make online work, you have to have massive stars,” said Thoday. “No one has yet launched a successful show that I can think of, with new talent, online. It’s just not been done.”

However, the BBC’s director of its Future Media division, Ralph Riviera, said: “Innovation has been at the heart of the BBC since the birth of radio and TV, right through to the digital age – having pioneered products and services like the BBC Micro, Ceefax, BBC iPlayer and the first truly digital Olympics in 2012.

“BBC Taster is the next step, bringing together our editorial and technology experts and opening the process up for audiences. This will give us valuable feedback and technical insights, helping us further develop our ideas and work on those with the greatest potential.”