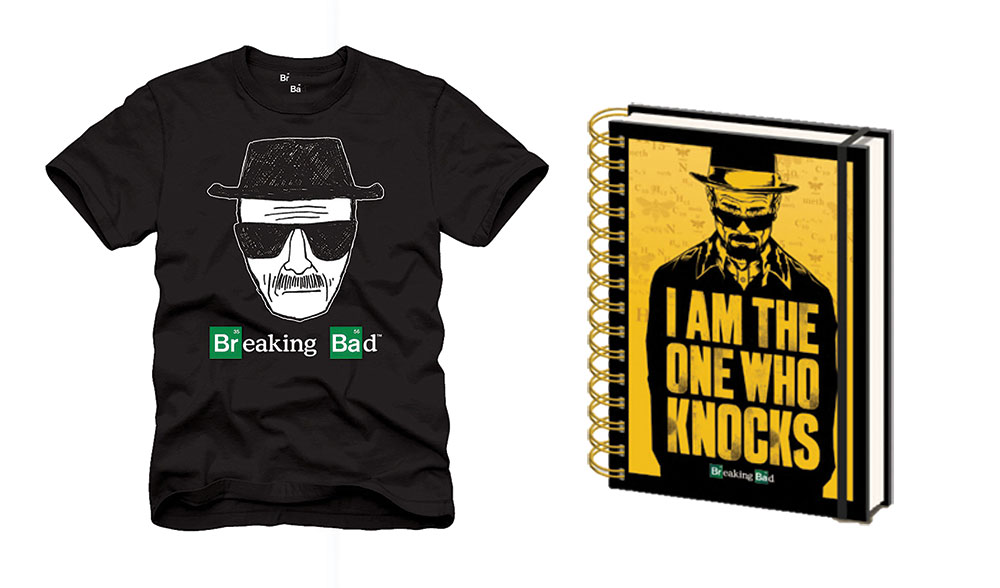 Licensing and merchandising is intrinsic to children’s TV production, but what market is there for the products associated with high-end drama?

People are hitting the shops. The global licensing and merchandise market is worth hundreds of billions of dollars, with retail sales growth steadily increasing year-on-year. In TV circles, the business is most closely associated with children’s TV financing – all good kids TV execs know the long-term plan has to include a master toy partner.

However, a lucrative market for high-end drama-inspired L&M is also developing as content companies cash in on their rating hits – who would have predicted a Game of Thrones-inspired Wines of Westeros range hitting supermarket shelves when the HBO series first launched?

“The really interesting new model that has emerged is that the consumer is creating the demand,” says Greg Economos, senior VP, consumer products at Sony Pictures Entertainment.

Whereas L&M is considered a vital cog in the greenlight process for an animated children’s TV show, most dramas are original conceptions that have no instantly recognisable connection with a merchandising range. SPT’s biggest TV hit, AMC drug drama Breaking Bad, was in its third season before the appeal of ancillary products moved beyond the niche end of the market, for example.

“Once the third season of Breaking Bad had happened, we started to work with specialist retailers like Hot Topic and Spencers in the US,” says Economos of an initial strategy to launch specialist merchandise lines that would appeal to that particular set of binge-viewing followers.

“With the success of that programme, other more mass-market retailers like Target, K-Mart and Walmart saw the success, and by the fourth and fifth seasons we had very much moved into the mass market, which is where you’re going to make the majority of your revenue.”

By the end of the show’s run, Breaking Bad was no longer a cult series, signing off with 10.3 million viewers (6.7 million in the all-important 18-49 demo). Follow-up prequel series Better Call Saul, which is scheduled to launch soon and has already pre-sold internationally, will reap that popularity and launch with more brand equity.

Indeed, the only currency guaranteed to drive a new TV drama’s ancillary business on launch is brand awareness. “I would have to say that without some sort of equity behind it, like Marvel’s Agents of S.H.I.E.L.D., [you can’t immediately create L&M strategies], says Economos. “If you have the equity, you can probably start straight away, as you have the brand.”

“With Breaking Bad there was no brand; it really had to get into minds and the culture before we could begin a programme. It is all about the content – it has to be compelling, with elements and characters you can pull out and create merchandise from that makes sense.”

BBC Worldwide saw an immediate opportunity in sci-fi drama Doctor Who upon its relaunch in 2005. “Some of our partners now have been on board since the Ecclestone reboot,” says Clare Piggott, head of merchandising for the BBC’s commercial arm in the UK. “They have very much become strategic partners in terms of licensing.”

However, BBCWW waited until the second season of Sherlock to really make an L&M push – this despite the enduring popularity of the Sherlock Holmes literary brand. “We tend to let series bed in and seed with fans, and see how they resonate,” says Piggott, who joined BBCWW in 2013. “It wasn’t really until season two that we looked at how we could launch an extended programme.”

After strong initial fan reaction to the TV show and a Sherlock poster launched through the BBC Shop, a product strategy was drawn up and creative elements around the campaign developed and then rolled out. The key was to identify the “iconic items” in the show such as unusual wallpaper of 221b Baker Street and to then “focus down quickly on them”, says Piggott.

That particular example led to an iPhone case, while the door of Holmes’ famous Baker Street home became a keychain. “The market is absolutely there thanks to the growing global proposition [of TV drama],” says Piggott.

Economos and Piggott both agree that focusing on “very specific” iconography and symbols that resonate with the dedicated 18-to-49s who are driving the ‘Golden Age’ of TV drama is the key to boosting sales. “There is certainly a market for these types of ranges where fans really want to associate with shows,” says Piggott.

With Breaking Bad, this meant creating product around Walter White’s pork-pie hat – the most obvious visual symbol of the character’s metamorphosis from mild-mannered chemistry teacher to ruthless drug kingpin – and other, more subtle elements such as the franchise logo for the ‘Los Pollos Hermanos’ fried-chicken chain, which is actually the front for New Mexico’s largest meth-distribution operation and became a popular t-shirt in the cities of the US and Europe.

Targeting that genre that bridges children’s TV and adult-themed programming – tween and teen content – is equally an intricate process. Roberto Ricci, a former executive at kids producer Rainbow, is about to launch The Red Harlequin. This is a story-led property set in a dystopian world in which nations are divided by colours.

The L&M rollout of the brand will see a hip-hop dance contest and associated music launched digitally this autumn after the digital books have been created, with executives concurrently speaking with TV and film producers about adapting the brand as a live-action franchise. The multi-platform approach is a deliberate attempt to capture the teen audience.

“Teenagers are on all platforms,” says Ricci. “It is very hard to get their attention span to focus on any particular brand, and that’s why TV and film were always planned to come after [launching on other platforms].”

Similar to the TV companies’ approach of identifying key signifiers of a property, Ricci is working to get Red Harlequin’s signature colour-themed concept into shops as a high-end fashion brand. “Every type of category is a way of telling the story,” Ricci says.

It seems that just as in television distribution, shows’ L&M offshoots are finding new routes to market. Economos says one innovative way of using the TV screen to drive retail sales was the Breaking Bad after-show spin-off series Talking Bad, which breaks down the on-screen action through in-depth discussion and pushes people towards the Breaking Bad world at exists beyond the television screen. “That really drove people to the Breaking Bad store online,” he says.

The Sony exec says online sales are a key part of Breaking Bad’s growth, while BBCWW’s Piggott says they are also a “growing” part of BBCWW’s CP business via portals such as the BBC Shop.

However, she says “bricks-and-mortar” shops remain equally as important, pointing to gimmicks such as launching themed pop-up shops an excellent way to attract fans and encourage deeper engagement. She cites Australia’s Doctor Who Pop-Up Shop, which includes a ‘Sherlock Corner’.

“Fans will queue, engage with the brand, stay in-store for hours as an experience, and make careful buying decisions,” says Piggott. “That’s a bit of change that can be adapted for the adult market.”

What is clear is the belief that TV drama’s current purple patch is leading to growth in consumer product revenues.

“One of the ways we saw this crystallise more recently was, coming off the back of the regeneration of Doctor Who with Peter Capaldi, the Doctor Who Tour,” says Piggott. This saw Capaldi and co-star Jenna Coleman meet with fans in various cities around the world. “We’re used to seeing US studios bringing out the stars of the children’s business, but to take the stars of an iconic British adult drama on the road in key territories is a significant illustration of [the impact of premium TV drama],” says Piggott.

Perhaps the worlds of older-skewed CP and TV production are not as far removed as they might first seem. “Every dollar that we’ve made goes back to the production of the show,” says Economos. “Shows cost a certain amount to produce, say US$2 million an episode for high-end dramas, and they don’t get greenlit unless all the revenue streams hold up. Merchandising, Blu-rays, DVDs, international sales have all has to add up to make sure the episode is not being produced at a deficit.”

That’s food for thought as executives settle down in the evening with a bottle of Westeros’ finest grape.