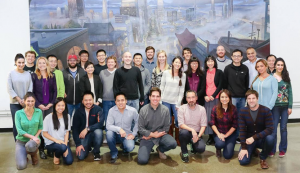 The invite-only beta comes a month after Vessel first opened up its platform to content creators, with viewers now able to try Vessel on iOS devices and the web, with an Android app due to follow.

Fans who have already registered to try the service will receive invites on a first-come, first served basis.

The service is designed to give users “early access to the web’s best short-form videos” for a monthly fee of US$2.99.

Though the site has not revealed specific content deals, Kilar said that Vessel will offer videos from “many of today’s most talented video creators, channels and artists,” which have “hundreds of millions of fans around the world.”

Kilar left Hulu in January 2013, along with Richard Tom, who is a Vessel co-founder.