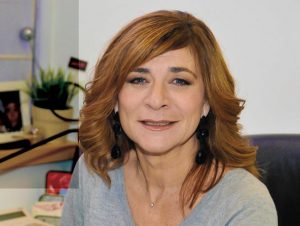 DeAPlaneta-controlled Atresmedia has coproduced The Refugees with BBC Worldwide, while The CW will adapt its mystery series El Barco in the US. The Spanish broadcaster’s fiction chief, Sonia Martínez, tells Emiliano de Pablos about its international ambitions

Drama series The Refugees will debut globally on La Sexta’s primetime schedule during the first quarter of 2015. The 50-50 Atresmedia-BBC coproduction, executive-produced by Ramón Campos and Teresa Fernandéz-Valdés at Bambú Producciones, follows a rural community rocked when a group from the future arrives seeking refuge. Toplined by Will Keen (Love and Other Disasters), Natalia Tena (Game of Thrones) and Charlotte Vega (Another Me), the English-language thriller was shot in Spain.

“The project has proved mutually beneficial for both companies,” says Sonia Martínez. “We immersed ourselves in each other’s TV culture, to agree on things, so that the series works wherever it’s broadcast.”

Consensus requires flexibility: each episode lasts around 50 minutes – shorter than regular 70-minute instalments of many local TV dramas in Spanish primetime, which will make international sales easier for BBCWW.

The Spanish release will serve as series’ international launch pad and could lead to a longer run or even another joint TV project.

If Refugees marks, for the BBC, its first original coproduction with a European broadcaster, for Atresmedia its meaning goes much further: it is the culmination of a long process that has seen Spanish drama establish itself in many international territories, especially in Europe. “This is a leap forward,” Martínez says. “As TV drama producers, it confirms that we are able to attract TV audiences abroad and team up with major companies outside Spain.”

Other recent Atresmedia series generating business include two Bambú-produced period dramas: Velvet, airing primetime on Italy’s Rai1 and France’s M6, and Grand Hotel, acquired by the UK’s Sky Arts and Hulu in the US. Meanwhile, broadcast in primetime on Antena 3 and produced by Endemol’s Diagonal TV, suspense drama Sin Identidad has scored a standout 19.6% share for Mediaset’s Canale5 on its Italian debut.

Atresmedia’s Boomerang TV-produced The Time in Between was picked up by the Hulu, France Télévisions and Italy’s Canale5, which also airs Boomerang’s soap The Secret of Old Bridge.

Atresmedia is also teaming with others such as German sales outfit Beta Film, which has acquired international distribution rights to another Bambú project, Bajo Sospecha, after handling Grand Hotel and Velvet.

In terms of international drama coproduction, Refugees was not the first step for Atresmedia. It previously took a minority stake in Ciaran Donnelly’s European miniseries, Titanic: Blood and Steel, and partnered with NBCUniversal’s Telemundo on telenovela La Reina del Sur.

The latter, which Antena 3 aired in 2011, began work in what Martínez calls the company’s “natural growth step” region: the Americas.

In terms of format sales, France, Greece and Croatia have taken TV production rights to La Competencia’s comedy Caught with My Pants Down, while Rai will adapt Grand Hotel.

In a landmark move for its drama formats development efforts, Atresmedia, alongside Spain’s leading TV prodco, Globomedia, recently licensed the US adaptation rights for El Barco to Warner Bros. and The CW. The format has been renamed The Magellan for the States.

“In the US there is growing demand for Spanish-language TV content,” says Martínez. “We will continue exploring both the Latin American and US markets, talking to different networks, producers and distributors. There are several projects on the table.”

The TV adaptation of Ildefonso Falcones’ novel of the same name sums up Atresmedia’s ambitious bet for high-end period dramas based on bestselling books, which kicked off with The Time in Between, a Spanish primetime megahit in 2013 that sold extensively overseas.

Set in the 14th century, La Catedral uses the construction of the Basilica of Santa María del Mar in medieval Barcelona as a framework for plots interwoven around love, passion and suspense. Atresmedia is closing coproduction of the six-part series in partnership with three European companies, says Martínez.

“The European coproduction style is closer to us than the American one. As our TV dramas are well received and doing well in Europe, it is easier to lure partners from this market,” she says.

Upcoming drama series also include the Globomedia adaptation of British scripted series The Syndicate, which strengthens Atresmedia’s already close relationships with the BBC.

“Selling fiction productions internationally brings a much more open and universal perspective to the creation of content,” Martínez says. “We have a very small TV market, but a big TV industry and a huge creative base. If we want to keep producing interesting TV products, we need to look abroad.”

As Atresmedia aims to almost double its non-advertising income by 2017, the internationalisation of TV drama is clearly something that will increasingly be taken into account.