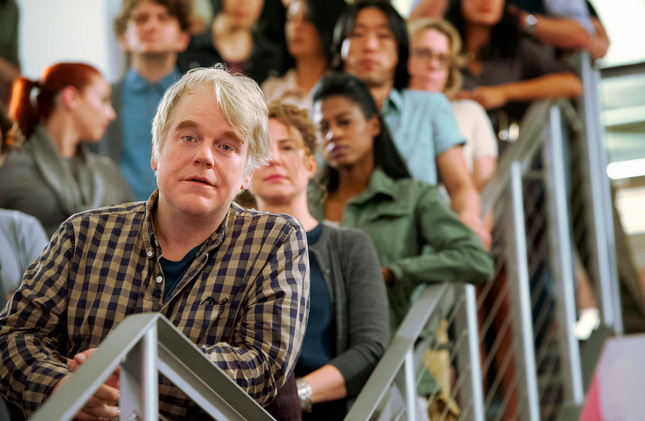 US cable channel Showtime has greenlit a full season of Happyish, the dark comedy-drama that the late Philip Seymour Hoffman was attached to star in.

Following the actor’s death last year, Britain’s Steve Coogan took over the starring role, and the series has been given the greenlight.

The pilot starred Seymour Hoffman as a middle-aged ad exec (pictured), whose life is thrown in turmoil when a young ‘wunderkid’ boss arrives, prompting questions of how he can pursue happiness.

The show was plunged into doubt after Seymour Hoffman’s passing, as a 10-part series had already been announced at last year’s TCA tour.

This American Life regular Shalom Auslander created, wrote and executive produces the series, with Ken Kwapis (He’s Just Not That into You) an EP and director. Kwapis’ production partner Alexandra Beattie co-executive produces under the pair’s In Cahoots banner.

CBS Studios International has worldwide sales rights to the show, which will premiere at 9.30pm on April 26 following comedy Nurse Jackie, which has been handed a final season by CBS-owned Showtime.

Happyish is not the only new content CBSSI landed yesterday, with Showtime’s network sister, CBS, giving second seasons to Madam Secretary, NCIS: New Orleans and Scorpion. The early renewals represent the first broadcast shows of the new season to get another run, along with Jane the Virgin, which has been a handed a second season on CBS-co-owned channel The CW.

Reign, meanwhile, has been given a third season despite very low season two ratings.