Smeenge in at Zodiak as SBS lands Lubbers

Jan Hendrik Smeenge has been promoted to Zodiak Nederland CEO following the exit of Peter Lubbers, who is leaving for a new job at SBS Broadcasting. 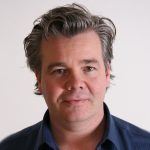 Smeenge (left) is currently head of development, having joined last year from Eyeworks Nederland last July. In the new post he will report to group CEO Marc Antoine d’Halluin and Zodiak’s CEO for the UK, Belgium and Netherlands, Rod Henwood.

“I’m delighted to be welcoming Jan Hendrik into the CEO position at Zodiak Nederland,” said d’Halluin. “He is the ideal candidate to continue to take the company forward and will be able to hit the ground running.

“In his short time with the company, he has already achieved major successes, winning new commissions across several genres, including the Zodiak format, Trash or Treasure, which has become a major hit in Sweden. I would like to thank Peter for his contribution to Zodiak Nederland’s success and wish him the best for his future endeavors.”

“I will personally miss Peter, but respect his decision,” said Smeenge. “I am looking forward to continuing the plans for Zodiak Nederland that we started off together last year. There is a great team in the company and I will particularly value the support of Jan Schots, who makes a major contribution as CFO.” 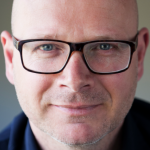 Lubbers (right) is joining SBS in the Netherlands as director of television. He is replacing Remko van Westerloo following what local press is describing as a “mutual consultation” with SBS owners Talpa Media and Sanoma.

Van Westerloo had presided over a three-year period at SBS’s Dutch channel bouquet, which comprises SBS6, Veronica and SBS9. During that period ratings have been mixed, though SBS6 scored a massive hit with Talpa’s social experiment format Utopia.

Peter de Mönnink, CEO of SBS and Sanoma, praised van Westerloo for performing well in “extremely competitive conditions” and taking the SBS programming division “to the next level”, according to a statement issued locally.

Lubbers’ appointment comes just a month after SBS named Luc Peters as COO. Discovery Communications has been weighing a deal to buy SBS, which Sanoma and Talpa acquired in 2011 from ProSiebenSat.1.

Zodiak Nederland rebranded from Palm Plus in January 2013. It produces show such as Fort Boyard and Junior Masterchef in the Netherlands.