A doc series that sheds new light on the rise of Hitler has secured US$1.5 million in presales from a variety of broadcasters. 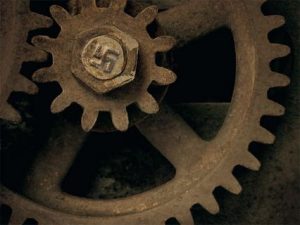 Annihilation will broadcast throughout the world in January to coincide with the 70th anniversary of the liberation of prisoners at Nazi war camps following deals with distributor Zed.

The doc pieces together hundreds of hours of interviews and archive footage and 6,000 photographs from 30 countries to understand how – not why – the Holocaust was able to happen. Around six million Jews were mass-murdered during the WWII genocide.

Céline Payot Lehmann, head of distribution at France-based vendor Zed, said her firm had been working with Annihilation producer Zadig for two years on marketing and financing strategy “to build a truly and masterpiece collection that will become a reference for future generations”.

The news comes just days after Zed acquired Manuel Catteau’s production company, Docside (In the Name of Rome). Zed has taken 100% of the shares in the firm, which is currently working on show such as My Life Without Waste.

In further Zed news, the Paris-based company has sold Arte’s primetime 2x55mins doc series The Rise of the Gulf to ORF in Austria.

The show comes from Artline Films, Arte, TV5 Monde, RTS and MTV2M in Morocco in association with Linked Productions in Kuwait and with the support of the EU’s Media programme and the Doha Film Institute.