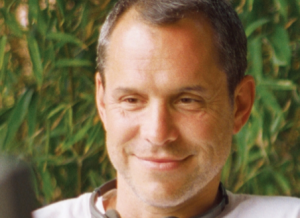 Dreamworks Animation has sold a 25% stake in its YouTube multichannel network AwesomenessTV to Hearst for US$81.25 million.

The deal, which values AwesomenessTV at some US$325 million, marks a significant return on investment for Dreamworks, which bought the MCN for an upfront payment of US$33 million last May, with additional payments totalling a maximum payable sum of US$117 million.

Hearst said it will now partner with DreamWorks to grow AwesomenessTV, creating new content channels for the network and broadening its audience and geographic reach.

Through the deal, AwesomenessTV will also get access to Hearst’s subscription video on demand technology, which the Hearst and Dreamworks said will “accelerate AwesomenessTV’s ability to offer content directly to consumers across all types of formats.”

“Few companies have built the global audience of millennial females as quickly as AwesomenessTV. For us, it’s very important to make a bet on the future of how content is created. Together, in partnership with DreamWorks, we see great opportunity in supporting the consumer media franchise that AwesomenessTV continues to build,” said Steven Swartz, president and CEO of Hearst Corporation.

DreamWorks Animation CEO Jeffrey Katzenberg described the deal as “exciting partnership” for AwesomenessTV and said that Dreamworks will “continue to implement our long-term strategy to maximise the value of our content and properties through multiple distribution platforms.”

Awesomeness TV, which was founded by Brian Robbins (pictured), is targeted at a global teen audience and claims an average of nearly 800 million monthly views and a subscriber base of more than 114 million. Its YouTube channels and stars include Cimorelli, Miss Glamorazzi, Tyler Oakley, Cameron Dallas and Nash Grier.

News of the deal came as Moody’s said it was putting Dreamworks on review ahead of a possible downgrade, due to “weaker than expected operating trends” at the company’s feature film segment, which accounts for more than 70% of total revenues, resulting in a “deterioration in its liquidity position.”

“The review for downgrade also reflects Moody’s concerns over DreamWorks’ ability to enhance EBITDA and free cash flows over the intermediate term such that credit metrics are on a trajectory to improve to levels commensurate with its current credit ratings,” said Moody’s.

Dreamworks was recently linked to toy giant Hasbro, however US reports from last month claimed that no merger agreement had been reached.