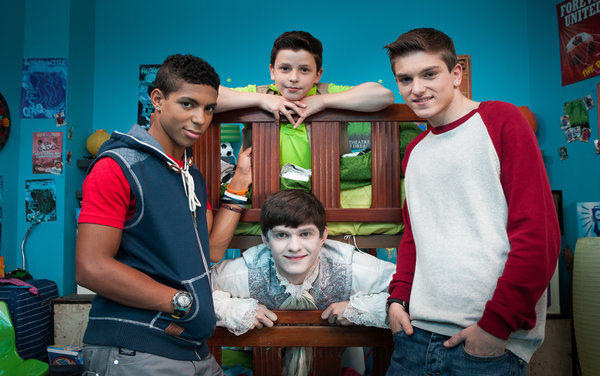 The UK children’s TV business is today united in praise for the newly-announced tax credit for live-action kids programming.

UK Chancellor of the Exchequer George Osborne yesterday revealed in his Autumn Statement that the much-wanted credit for children’s TV series would be implemented from April next year. This would stimulate what he described as a “declining” sector of television production.

Once implemented the tax relief will be made available at a rate of 25% of qualifying production expenses.

The announcement brings live-action children’s programming in line with the animation, one-hour drama and video games industries, which are already benefitting from tax credits after they were brought in this year. Industry body PACT estimates the animation tax credit attracted £52 million (US$81.7 million) of spend in its first year.

“During Pact’s lengthy campaigning for the tax credits we discovered a significant number of cases of live-action programmes – both drama and factual – which would have been commissioned by broadcasters if the producers had been able to complete the financing.

“I am convinced that this new measure will mean that producers will be able to move forward with greater confidence of getting their programmes financed and made. In time, we all hope it will result in more live-action commissions from all the broadcasters.”

Pact estimates the credit will see the live-action sector benefit from an extra £3 million from the public purse, and will encourage investment from the likes of the US studios and commissioning streaming services such as Netflix and Amazon. Furthermore, it would “drive further growth in exports and revenues through a more competitive domestic production market”.

Phil Ox from UK-French producer I Love Television neatly summed up the mood of producers, tweeting: “At last, a UK tax break for kids live-action.”

Other industry figures commenting included Michael Carrington, the former controller of CBeebies and now CEO of UK indie The Foundation, which produces kids live-action shows such as Dani’s Castle and Millie Inbetween. He tweeted: “Thank you, Mr Chancellor.”

Kenneth Anderson, CEO and founder of another UK indie, Red Kite Animation, added: “[This is] great news for the UK children’s TV production industry. Well done to everyone involved.”

With live-action children’s shows now likely to increase on broadcasters schedules, opportunities in drama, factual and international coproductions are set to expand.

“Prior to the introduction of the tax credit, the UK animation industry was really struggling,” said Valerie Ames, director of production at UK prodco Kindle Entertainment. “Children’s live-action TV is in exactly the same state today, with even the most successful companies finding it either impossible to fully finance their productions or impossible to justify the time, effort and cost it takes to get that finance in place.

“The advent of the animation tax credit turned the animation industry around completely; a live-action tax break will similarly make it possible to continue producing our world-renowned British children’s programmes.”

Anna Home, the chairman of the Children’s Media Foundation who this week urged the government to implement the measures, welcomed the news while praising the efforts of Pact, saying: “The new incentive will benefit the audience and bring a much needed boost to the industry, leading to more programmes being made in the UK and increasing the range and diversity of the offering for British children.

“We hope all broadcasters will use this to enhance their locally produced output, increase the level of commissioning of UK drama, documentary and entertainment and extend their commitment to the younger audience.”