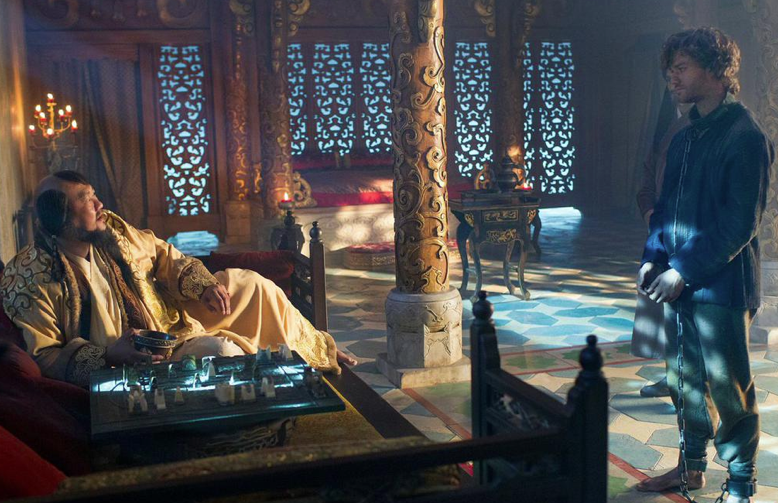 More than seven out of ten US Netflix viewers have watched “at least some” of the streaming service’s original shows, new research shows.

According to analytics firm Centris Media Science, 72% of users surveyed said they had watched some original programming in the third quarter of 2014.

The figure suggests originals are becoming more important to Netflix subscribers, as only 57% said they had watched shows such as Orange is the New Black and House of Cards in the first quarter of the year.

A poll of 2,080 US Netflix subscribers was taken for the most recent Centris Evolution of Video Tracking Study report. In Q1, 1,283 subs responded.

Netflix is notoriously cagey about viewing figures for its originals. This prompted Philadelphia-based Centris to begin researching viewer behaviour via its own means.

The latest figures will give Reed Hastings – who this week declared TV would be dead by 2030 – a quiet sense of satisfaction his massive content investments are paying off.

Upcoming big-budget Netflix shows include Marvel’s Daredevil (which is part of a major exclusive content agreement with The Walt Disney Company); Sense8, from the Wachowskis; and period drama Marco Polo (pictured). Added to the cash on House of Cards and further investments in Orange is the New Black, Arrested Development and Turbo FAST, the Los Gatos, California-based tech firm has spent hundreds of millions on original shows.

However, with Amazon Prime Instant Video growing and a variety of local competitors emerging in the various territories in which Netflix operates, the demand to know exactly how many people are watching has been swelling.

Earlier this month Nielsen revealed it was planning to measure the US’s top OTT services via new tools that will launch in December. However, the measurements will only be available on an ‘opt-in’ basis for paying producers, and will exclude laptop and mobile devices.

The need for ratings information is not only important for assessing how Netflix’s programming compares with cable and broadcast shows, but could also impact negotiations with creatives who, it has been suggested, could bypass Netflix with their new projects if they feel distribution targets are not reached.

This latest data suggests that won’t be the case.