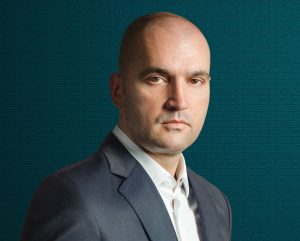 Romanian broadcaster Intact Media Group, which operates the country’s Antena channels, grew its audience significantly in the first 10 months of the year.

The channels recorded a 10% rise over the whole day and a 9% rise in appreciation in primetime, according to audience measurement agency Kantar Media.

Celebrity and talk show channel Antena Stars meanwhile saw the biggest audience growth of Romania channels over the same period, up 73% over the whole day. Female-skewed Euforia TV saw a 9% rise, while news channel Antena 3 was up 32%.

Over the first 10 months, Intact Media Group’s TV channels were watched for at least one minute by 10,341,000 Romanians, the company said, citing Kantar’s figures.

Earlier this year Antena boss Sorin Alexandrescu (pictured) told TBI about his plans to make Antena the most successful commercial broadcaster in Romania.