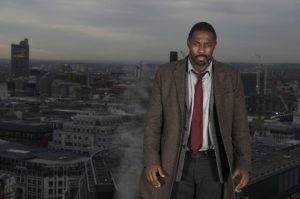 In both cases the pilots have penalties attached if they are not taken to series.

US prodco Intrigue picked up the US rights to Braunschlag at MIPCOM and will produce the Fox pilot alongside 20th Television.

Austrian pubcaster ORF sold the show to Intrigue and airs the original show. It is produced by Superfilm.

The series follows the mayor of the town of Braunschlag, who embarks upon a plan to save the town from bankruptcy.

Richard Grasl, ORF CFO, said: “After successes like The Counterfeiters and A Day for a Miracle, this extraordinary series proves once again, that programmes ‘Made in Austria’ are internationally well received.”

In related news, Fox is piloting a US version of gritty cop drama Luther.

The BBC Drama-produced series, which stars Idris Elba (The Wire), has been a big hit for BBC One in the UK where it has run to three seasons. 20th Television, Chernin Entertainment and BBC Worldwide Productions will make the US pilot.

The UK version has gone out on cable net BBC America in the US. Trade site Deadline reported that the US pilot comes with a seven-figure penalty if it isn’t taken to series.

The UK show’s creator Neil Cross will pen the pilot and Elba is attached as an exec producer although is not confirmed in an on-screen role.