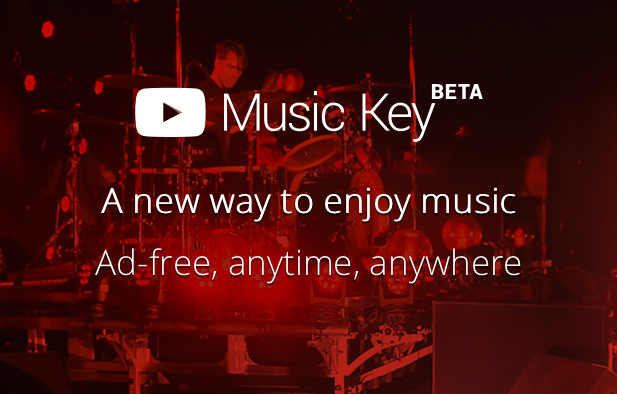 YouTube has launched a trial version of its much-rumoured music subscription service, offering users ad-free and offline playback of music and music videos.

The beta service for YouTube Music Key has gone live in the US, UK, Spain, Italy, Portugal, Finland and Ireland, and is available online and on the YouTube app for Android and iOS devices.

YouTube Music Key lets users listen to music without ads and keep playing music videos even if they lock the screen or their mobile device or start using another app. It also lets users play music when they’re not connected to the internet.

The service will work with official music videos, as well as songs and full albums, with YouTube announcing that it is bolstering the music content available on its site.

“If a song exists in this world, you can probably find it on YouTube. But until today you couldn’t easily find and play full albums. In the coming days, you’ll be able to see an artist’s discography on YouTube, and play a full album with both their official music videos and high-quality songs our music partners added to YouTube,” said YouTube in a blog post announcing YouTube Music Key.

When fully launched, the subscription service will cost US$9.99 per-month. For this price, users will also get access to Google Play Music All Access – Google’s existing Spotify-style pay-monthly music offering.

To mark the rollout of YouTube Music Key, the Google-owned video site is also adding recommended music playlists based on what a user likes and the playlists of trending music across YouTube.