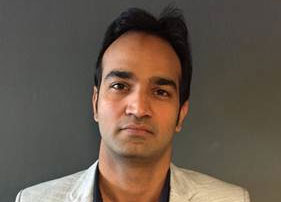 Jayant will head up product development across a range of platforms and devices – including smart TVs, games consoles, Android and iOS tablets, smartphones, Chromecast sticks, laptops and PCs.

His main responsibility will be making sure a quality user experience is in place and is replicated across devices, creating a “single, quality service for Wuaki.tv’s users throughout Europe,” said the firm.

The hire comes as Wuaki plans to continue to expand and grow in new European markets, following its launch in France in September and the expansion this year of its user base in its other European markets – Spain and the UK.

Wuaki has previously said that it plans to launch in 15 European countries, including Germany and Italy. Following that, it will look to expand into other international territories where its parent company, Japanese e-commerce giant Rakuten, has a presence ­– including the US, Asia and Latin America.

Jayant joins Wuaki having spent more than 10 years at Samsung Electronics, where he held various engineering, product development and management roles in India, South Korea and the UK.

Latterly he was Samsung’s European product manager for video, where he led the development of Samsung’s Smart TV app store and video products.

“The amount of people watching movies and TV on-demand is growing significantly, which is a huge opportunity for us. Smart TVs in particular are becoming increasingly popular, so we’re very pleased to have Sid join the team,” said Jacinto Roca, CEO and founder of Wuaki.tv.