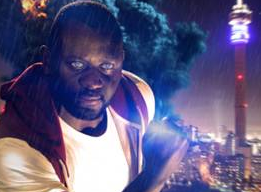 Jongo, which author Gareth Crocker (Finding Jack) co-created and is produced by his Zambian prodco Motion Story, is set in modern day South Africa and Zambia.

It tells the story of a young man who acquires supernatural powers that he must master while dealing with the murder of his enslaved miner father.

Producers say the 8x48mins show – a comedy drama – is inspired by the principles of a young Nelson Mandela. They expect the first season of the 20-34-targeted show to have wrapped by the second half of next year.

“It has been a great privilege to bring Jongo to life,” said Crocker. “I feel an enormous responsibility to get the story right and to ensure that we do justice to a character that we feel has the potential to become an iconic pop culture figure in the months and years ahead.”

Justus Verkerk, chief commercial officer at FCCE said he expected audiences in Africa, Europe and US to respond to the show. “It combines all the elements that the public is looking for: mystery, heart, crime, supernatural powers combined with high quality drama, thrilling Krav Maga [martial arts] and uplifting dance scenes,” he said.

The FCCE exec added that: “With the huge success of drama series at free-to-air channels, digital channels and VOD platforms like Netflix we automatically see a growing demand for high quality drama series. In our constant search for top quality content we see more and more great storytellers and high-quality drama productions coming from new territories. Jongo is one of the best examples of that trend.”

Discop Africa, which is held in Johannesburg, South Africa, ends today after three days of conferencing.