Channel 4 in the UK has upped Amy Flanagan to deputy head of documentaries. 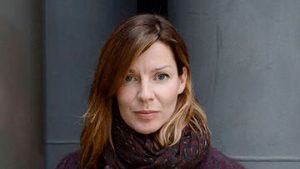 Flanagan will report to the head of docs Nick Mirsky in the newly created role at the commercial pubcaster.

Channel 4 said the appointment comes as it seeks to expand the scale and range of its factual output with documentary among the most important genres for the broadcaster.

Mirsky said: “[Amy] has already proven herself an enormously successful and talented commissioner. Now, as well as continuing to commission some of the Channel’s most important output, she will also be taking a more strategic role in the Department and the long-term future of our output.”

Flanagan joined Channel 4 in January this year as a commissioner and was behind the successful 24 Hours in Police Custody and Royal Marines Commando School. Prior to Channel 4, she was a producer and her credits include 24 Hours in A&E and Bedlam.

Separately, Channel 4 has commissioned The Deal Makers (WT), a spin-off of the Posh Pawn format, which is produced by Cardiff-based prodco Boomerang. The same producer will make the new show, a 20x60mins daytime show about a selection of colourful pawnbrokers in the UK.

David Sayer, Channel 4 commissioning editor, said: “Following on from the massive success of Posh Pawn in peak time, The Deal Makers will introduce a whole new audience to the weird and wonderful world of pawn brokers.”