Warner Bros.-distributed drama The Mentalist will come to an end after its seventh season on US network CBS. 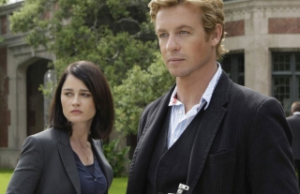 The Mentalist has been a strong seller for Warner, which also produces the series, but the upcoming 13-episode season will be its last.

A cancellation was expected after the sixth season wrapped up a major plot point, but CBS gave the show a last minute reprieve and will launch the final season on November 30.

In France, the show has been a massive success on TF1. It was the most-watched show in the territory last year, and accounted for one in five of the 100 most-watched telecasts.

The Mentalist follows Simon Baker as an FBI consultant adept at solving crimes through his remarkable powers of observation. Baker’s contract with Warner Bros. is up after the seventh season.

Showrunner and creator Bruno Heller is now transitioning to Gotham, the new season Fox drama that has just been taken to a full season run and is currently the second most-watched freshman scripted show for 18-49s in the US.