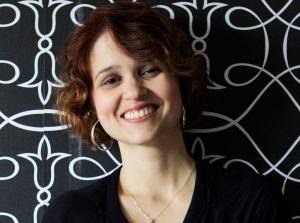 Endemol’s online channels and production division has launched a production hub in Brazil.

Endemol Beyond has brought in Vanessa Oliveira to run the new unit, which will build a network of premium online channels from Brazil, invest in premium online content and work with ad agencies and talent.

Oliveira, who will be manager of São Paulo-based Endemol Beyond Brazil, was previously head of marketing at Maker Studios’ online channels business ParaMaker. She will report to Marcello Leão Braga, the recently appointed as general manager of Endemol Brazil.

Marcello Leão Braga said: “We have ambitious plans to build a diverse and far reaching network of premium channels with outstanding content, which will attract big regional fan bases and deliver an ideal platform for leading brands.”

“This new hub will establish a strong footing for Endemol Beyond in Latin America; a key market for digital video with significant opportunities for growth and innovation,” added Georg Ramme, managing director, Endemol Beyond International.

Endemol Beyond has already established hubs in the US, UK, Germany, France, Italy and Spain. It runs about 300 digital video channels across the entertainment, celebrity, film, music, games, pop culture, reality and factual genres.