Daisy Goodwin is leaving Silver River Productions, the Sony Pictures Television-owned UK prodco she founded in 2005, amid a restructuring. 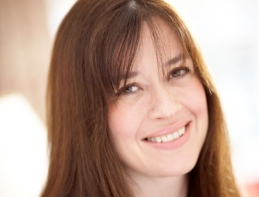 Sony has moved to “streamline operations” at the prodco, though development and production will continue.

It is understood there are no plans for a direct replacement for the president role Goodwin held.

Revealing the news on Twitter, Goodwin wrote yesterday: “After ten eventful years I am leaving @silverrivertv. Am grateful to have worked with the best people and made some shows I cherish.”

She has been less active at Silver River in recent time, working instead on a number of books such as The Fortune Hunter, which published last year.

Sony acquired a majority stake in Silver River, producer of BBC Two’s The Big Allotment Challenge and the Supersizers franchise, in March 2012.

“We are restructuring Silver River to streamline operations,” said an SPT spokesperson. “Ongoing developments and productions, including The Big Allotment Challenge, will not be affected.”

Goodwin will leave immediately, it is understood.