Endemol’s scripted division and Jean-Pierre Jeunet and Tony Krantz are adapting Phantom of the Opera for TV.

The script for the TV adaptation of the classic Gaston Leroux French novel, first published in 1909, has been written by Tony Krantz (Mulholland Drive, 24), having been developed at Endemol Studios in association with US indie Alcon Television.

No broadcaster has been announced for the series, which will set in Paris in 1919 with the Paris Peace Conference serving as a backdrop. A badly burned British fighter pilot will be a central figure amid the story of a serieal killer and a threat to the world leaders in town for the Peace Conference. 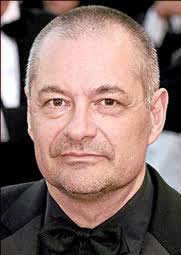 Krantz (above, left) said: “Jean-Pierre Jeunet is a brilliant director and his films are true masterpieces. The opportunity to write and produce a story of love, murder and intrigue at the dawn of the New World, interpreted through the eyes of such a master is quite simply, anyone’s dream come true.”

Jeunet added:  “We have an opportunity to re-tell Gaston Leroux’s classic novel of mystery and intriguing romance against a background of great social change.”

Philippe Maigret, CEO of Endemol Studios, said: “Working on a first-class project for television with Tony Krantz and the superbly talented Jean-Pierre Jeunet is an incredible opportunity. Our combination of exceptional creative talent, complex characters and a wonderfully re-told narrative, will produce a new canvas for a story that has crossed all borders and stood the test of time.”